The National Chamber Ensemble “Kyiv Soloists” is the realisation of a long-standing dream of outstanding Ukrainian violinist and teacher Bogodar Kotorovych (1941-2009). The orchestra is composed of renowned musicians from all over Ukraine, most of them are winners of national and international competitions, representing the traditions of the founder. Anatoli Vasylkovskii has been the Artistic Director of NCE “Kyiv Soloists” since 2017.

The Ensemble gained reputation as a promoter of internationally acclaimed composers. Among others, the Military Requiem by Benjamin Britten, the Double Concerto by George Palmer and the Marimba Concerto by Erkki-Sven Tüür were played for the first time in Ukraine by Kyiv Soloists. The ensemble also makes considerable efforts to popularise modern Ukrainian composers such as Myroslav Skoryk, Yevgeni Stankovych and Valentin Silvestrov among many others.

In recognition of the orchestra’s activity representing Ukrainian culture abroad, “Kyiv Soloists” received the title of “National Ensemble” of Ukraine.

The main performances
1999 November – Germany. Ruhr Festival of Classical Music. Concerts in Berlin and Munich.
2000 September – Poland. International Festival of Contemporary Music “Warsaw Autumn”.
2001 July – Austria. Grand Prix at XXX Vienna International Festival-Competition and first prizes in nominations “Chamber Orchestras” and “All Orchestras”.
2001 September – Germany. World premiere of the cantata of Philip Emanuel Bach “A Grateful Hymn of Friendship” with the choir of the Berlin Singing Chapel (Comic Opera Hall, Berlin)
2001 and 2003 – Japan A tour of Japanese cities, including Tokyo and Kyoto. Record a CD of one of the concerts.
2005 August – Japan. World Exhibition “Expo-2005”. Concert in the central exhibition hall “Expo Plaza”.
2005 September – France, Paris. Performances at the Madeleine Church, Senate and UNESCO Conference Hall.
December 2005 – Singapore. Days of Ukraine in Singapore. Concert in the Esplanade Hall.
2006 October – Austria. Concert at RadioKulturhaus (Vienna) on the occasion of the opening of the Ukrainian Cultural Center in Austria.
2008 March – Poland. Concert tour of the cities of Poland in the framework of the XII International Music Festival. L. van Beethoven
January, January – Concert of the ensemble on the occasion of Ukraine’s inauguration of the Parliamentary Assembly of the OSCE
August, August – Concert at the Congress Center Le Regent in Carnegie Montana (Switzerland)
2017, April – 34th International Music Festival in Ankara (Turkey)
2017, November – Concert at the Warsaw Philharmonic (Poland)
2018, January – Concert at Milan Conservatory J. Verdi (Italy) 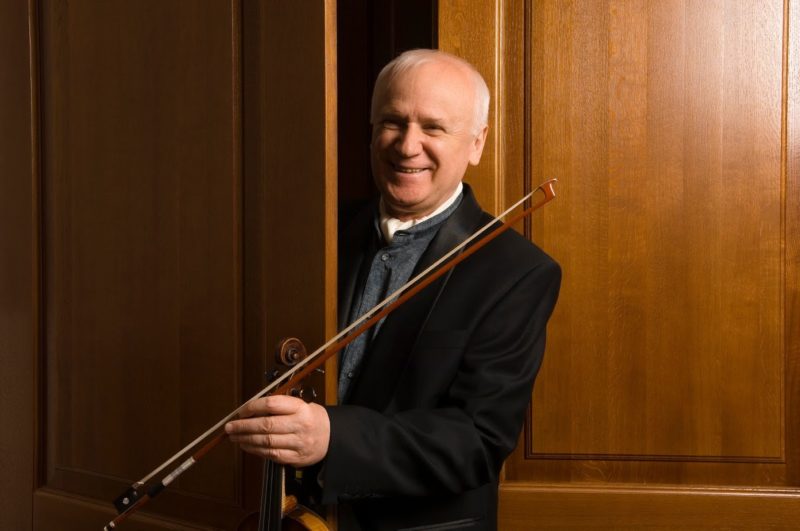 was a renowned Soviet violinist. Kotorovych completed his education at the Moscow Conservatoire under Prof.Yankelevich.

During his student years he received top prizes at the George Enescu and  Paganini Competitions.

After his return to Kiev, Kotorovych firmly established himself as a leading Ukrainian violinist and pedagogue.

He was a jury member at some of the worlds prestigious competitions such as ARD , Tchaikovsky, Nielsen, Paganini.

During those years he was also a visiting Professor at the Sydney Conservatoire.

Kotorovych taught a whole generation of talented Ukrainian string players ,formed a chamber orchestra ” Kiev Soloists” out of his best students and has had a large influence on the Ukrainian school of violin playing.

During his lifetime he was a recipient of Ukraine’s numerous top prizes and merits for his dedicated service to arts and culture.

but not all put your hearts up yet.

The Kyiv Soloists do it.”